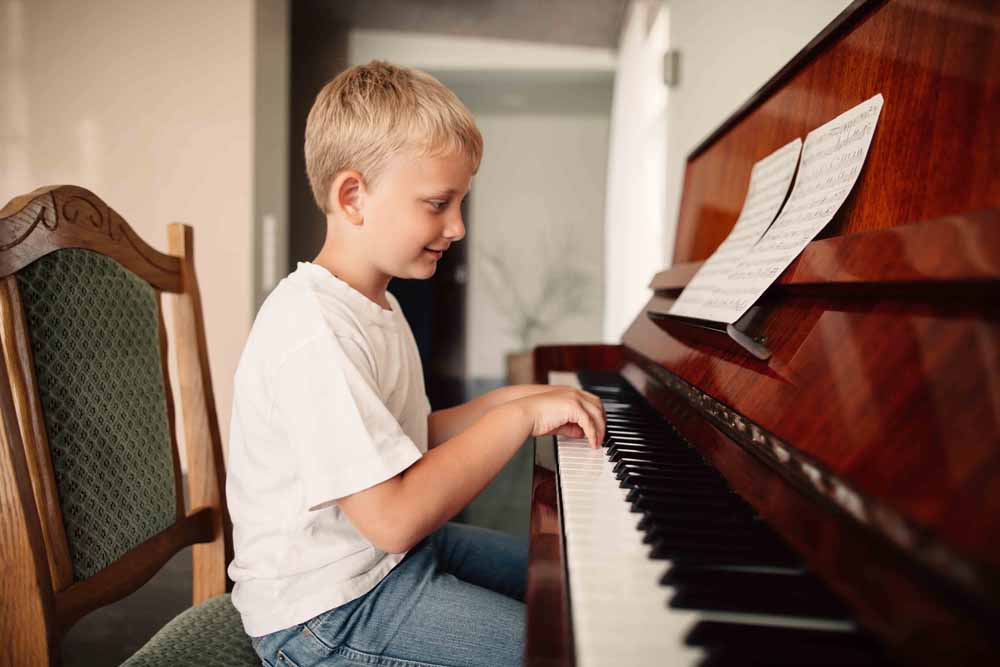 Modern acoustic pianos have two basic configurations, the grand piano and the upright piano, with various styles of each.

In grand pianos the frame and strings are horizontal, with the strings extending away from the keyboard. The action lies beneath the strings, and uses gravity as its means of return to a state of rest. There are many sizes of grand piano. A rough generalization distinguishes the concert grand between 7 ft 3 in–9 ft 10 in from the parlor grand, or boudoir grand, 5 ft 7 in–7 ft 3 in and the smaller baby grand around 4 ft 11 in.

Upright pianos, also called vertical pianos, are more compact because the frame and strings are vertical. Upright pianos are generally less expensive than grand pianos. Upright pianos are widely used in churches, community centers, schools, music conservatories and university music programs as rehearsal and practice instruments, and they are popular models for in-home purchase. The hammers move horizontally, and return to their resting position via springs, which are susceptible to degradation. Upright pianos with unusually tall frames and long strings are sometimes called upright grand pianos. Some authors classify modern pianos according to their height and to modifications of the action that are necessary to accommodate the height.